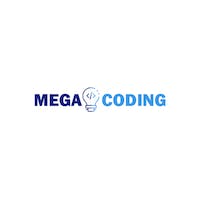 Subscribe to my newsletter and never miss my upcoming articles

Reactjs is a free JavaScript library developed by Facebook since 2013, for building user interfaces (UIs). React is a library that only manages the interface of the application, seen as the view in the MVC model. It can thus be used with another library or an MVC framework . The library stands out from its competitors with its flexibility and performance, working with a virtual DOM and only updating the rendering in the browser when needed.

React is arguably the most popular front-end framework today, although it prefers to position itself as a library rather than a framework. Indeed, React focuses on the heart of the matter: user interface management.

React popularized a whole new web application architecture called Single Page Application. Previously the web page would load from the server, and anything you click would cause a new request to the server and the browser would load a new page. Single page apps, on the other hand, only load the web page (HTML, CSS, JS) once, and any other interaction with the app loads only the required data or performs some action on the server. This never reloads the whole app, making it lighter on the server and faster. Gmail, Facebook and Twitter are all examples of SPA.